A Gr8 opening for Bodegraven

On Thursday the 25th of April 2019 it was time for the official opening of Gr8 Hotel Bodegraven. Family and friends of all employees were given the opportunity to admire the new hotel after a 4-month renovation. Mayor Christiaan van der Kamp also came by to personally congratulate Martien Heinrichs, one of the three owners of Gr8 Hotels. It was a great party with delicious bites and drinks from our partner La Place.

The AD and ReBo nieuws both wrote a news item about the opening of Gr8 Hotel Bodegraven: Today was the day! NAC Breda played against VVV in their competition shirt with a large Gr8 Hotels logo on the front. Unfortunately NAC Breda did not succeed in winning from the club coming from Venlo, but we were extremely proud when we saw the boys ‘shining’ in our shirts. With a contribution of € 15.500, Gr8 Hotels won the main sponsorship of NAC Breda for one competition! With this, Gr8 Hotels contributes to the Techno Girl program of Unicef. Thanks to CM and Gr8 Hotels, 174 Techno Girls can do a short internship in South Africa and thus considerably increase their chances on the labor market.. A new year, a new chapter, two new Gr8 Hotels", that was the title of our first news item from 2019.
Now, 2 months later it is time. Gr8 Hotel Bodegraven and Gr8 Hotel Amsterdam Riverside open in April but can already be booked!

So when will you visit one of our new Gr8 Hotels?

CM.com, main sponsor of Eredivisieclub NAC Breda, auctioned its main sponsor for one day.
Gr8 Hotels has won this main sponsorship with a contribution of € 15,500!
With this money, Gr8 Hotels contributes to the Techno Girl program of Unicef.
Thanks to CM and Gr8 Hotels, 174 Techno Girls can do a short internship in South Africa and thus considerably increase their chances on the labor market. That is of course fantastic!

It is the first ‘8-day’ of the year, and that means: time for some Gr8 News! Double Gr8 News! Herewith we announce we’re working on two Gr8 hotels instead of one. Gr8 Hotel Bodegraven and Gr8 Hotel Amsterdam will open very soon! To be continued! We have some really Gr8 News! Yesterday Gr8 Hotel Oosterhout received, in addition to a recommendation for high review score (8,7), an award for ‘’the best newcomer in 2019’’.

On behalf of Gr8 Hotels, many thanks! One Gr8 hotel is just not enough for us – of course we’re expanding: Gr8 Hotel Sevenum is coming! It’s the second hotel of Gr8, the newest hotel chain in The Netherlands, which will open its doors in the fourth quarter of 2018.
Are you curious? Keep a close eye on our social media channels!

The first hotel in the Netherlands of the Gr8 chain (pronounced “great” in English) is open and is on Oosterhout’s Beneluxweg. The former Tulip Inn has been given a thorough overhaul hands in recent months. Modernisation of the building also appears to have had a positive impact on its surroundings.

The new Dutch chain has been set up by three of Gerrit van der Valk’s grandchildren. The new chain will have to provide 3-star facilities.

‘This involved a few challenges for us’, Oosterhout Councillor Robin van der Helm tells us. He’s referring among other things to the impoverishment of the area wedged between the A27, Beneluxweg and Europaweg. Lately, however, he has seen a positive change in the area. ‘The nearby Floralia Park is a welcome move, companies are setting up again in the furniture mall on the opposite side and the restaurant and hotel are being renovated. The new appearance also has an impact on the people who visit.’ He also indicated that they were seeking a solution to parked-up lorries. ‘And we want to create a safe connection between the neighbourhood and the park.’

Van der Helm regards the hotel as an asset for Oosterhout. ‘Accommodation facilities, especially business facilities, are needed in the Baronie area. Companies in our district increasingly have international relationships. We hope that the hotel guests will visit the heart of our city and come back.’

Martien Heinrichs, a member of the Valk family and director of Gr8 Investments, expects that around sixty per cent of guests will stay overnight for business reasons. ‘We focus on people on the move. We therefore consciously choose locations that are quick to reach. We are close to the exit here, as well as a golf range, nature and the Efteling theme park.’ Gr8 has more plans for the region. Heinrichs: ‘We shall be starting work at the end of the year on a hotel in Breda, close to Ikea and the A16.’

The Gr8 hotels work closely with the La Place restaurants. ‘We do not provide any meals or meals ourselves. We leave all that to La Place’, Heinrichs tells us. The hotel is also characterised by its technical gadgets. ‘Anyone reserving a room will receive a QR code by e-mail, which opens the door to a room.’ Checking in at the bar is therefore a thing of the past. ‘The hotel therefore has no lobby, but a lounge where a host or hostess is always present,’ adds Operations Manager Dennis Jansen. ‘He or she can also be called using the screen in the hotel room.’ 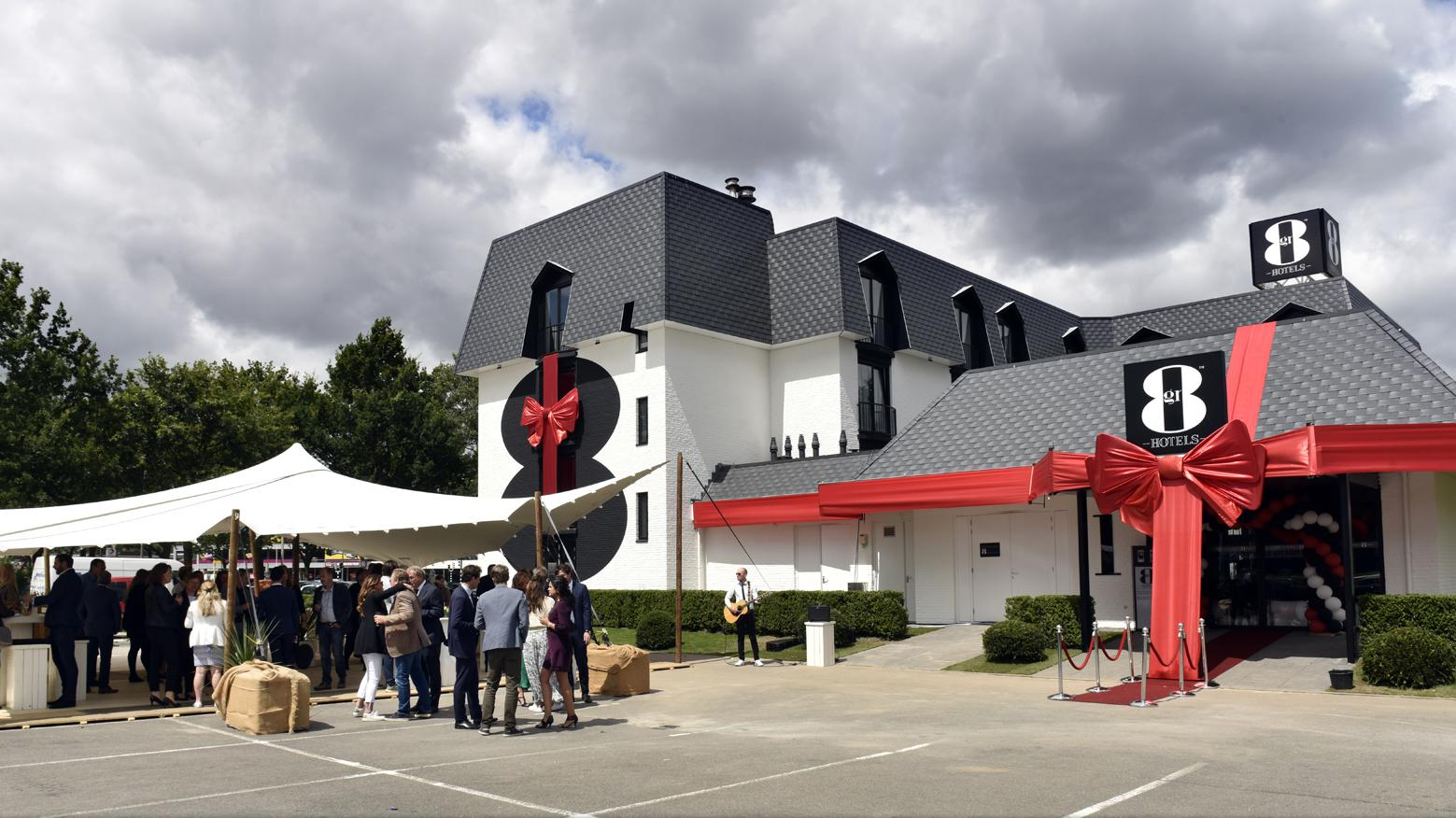 From June 2018, the former Tulip Inn Hotel on Beneluxweg will re-open under the name Gr8 Hotel Oosterhout. This establishment in Oosterhout is the very first of this brand new Dutch hotel chain. In the period after June, a further seven hotels will open under the name Gr8 Hotel in Sevenum, Amsterdam, Leiderdorp, Meerkerk, Bodegraven, Holten and Breda.

3 stars, breakfast included, at La Place.
This new Dutch hotel chain provides comfortable, 3-star facilities and spacious, cosy rooms at a superb price. In November 2016, Gr8 Investments bought shares in AC Restaurants and the Italian Autogrill’s associated hotels. In January 2017, it was announced that Gr8 Investments had sold the AC Restaurants to Jumbo Supermarkets which re-built it and re-opened it in October as the La Place restaurant. The hotels remained in Gr8 Investments’ possession and they will re-open the hotel in Oosterhout in June under the name Gr8 Hotel Oosterhout.